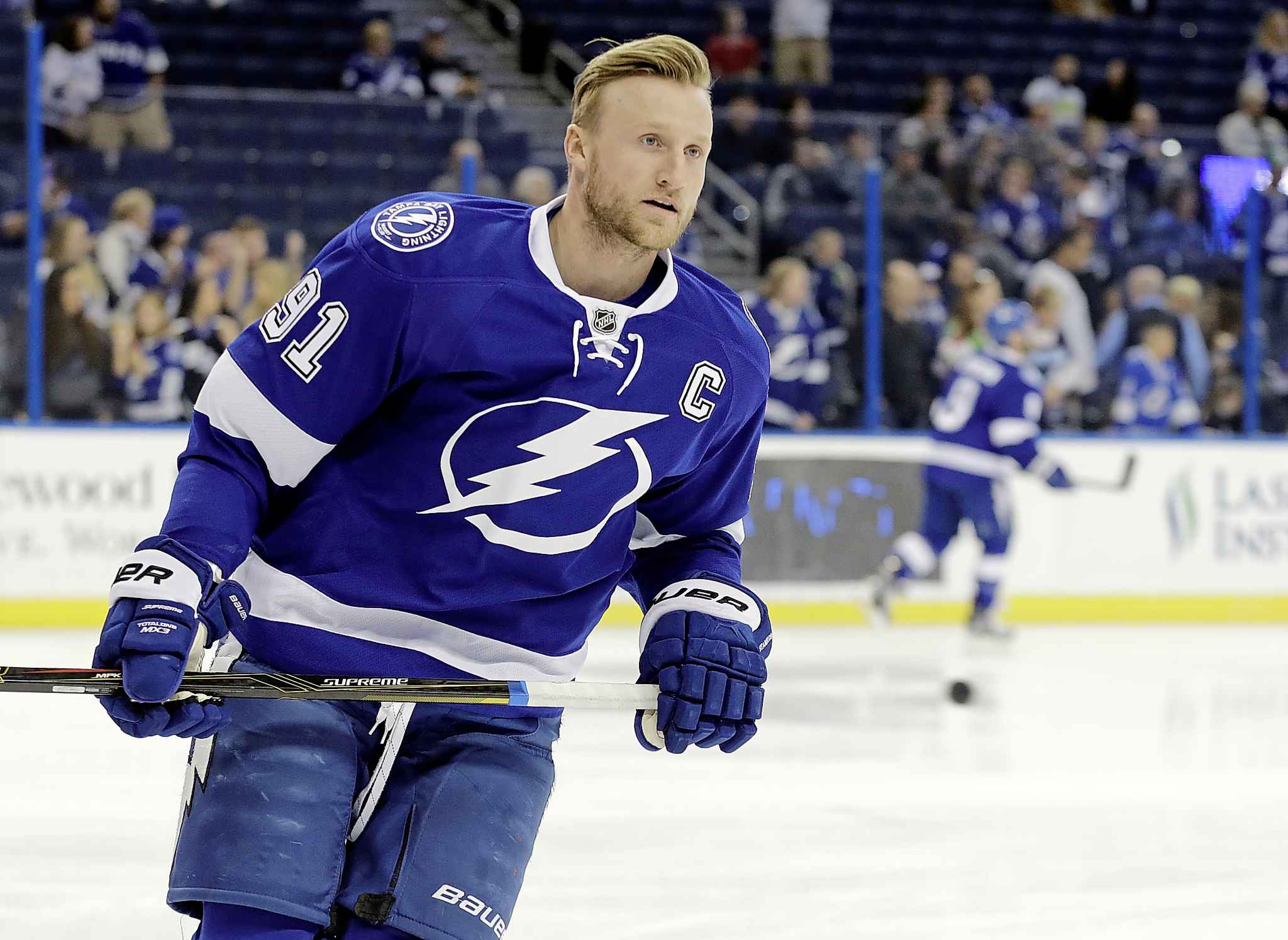 After scoring in the Tampa Bay Lightning’s 5-4 win over the Detroit Red Wings on Thursday night, Steven Stamkos tied the great Vincent Lecavalier for most goals in franchise history.

Stamkos took time to reflect on reaching the milestone following the win.

“It’s just crazy to think. When you have a record like that, it means you’ve been around for a long time. Sometimes it just doesn’t feel like it’s been … almost 11 complete years now.”

As for other major franchise records, he needs to play in 303 more games with the team to take over Lecavalier’s record, and needs to record 205 points to surpass Martin St. Louis for most points in Lightning history.

Related Topics:FeaturedNHLSteven Stamkos
Up Next

Lonzo Ball focused on health, improving game rather than possibility of being traded