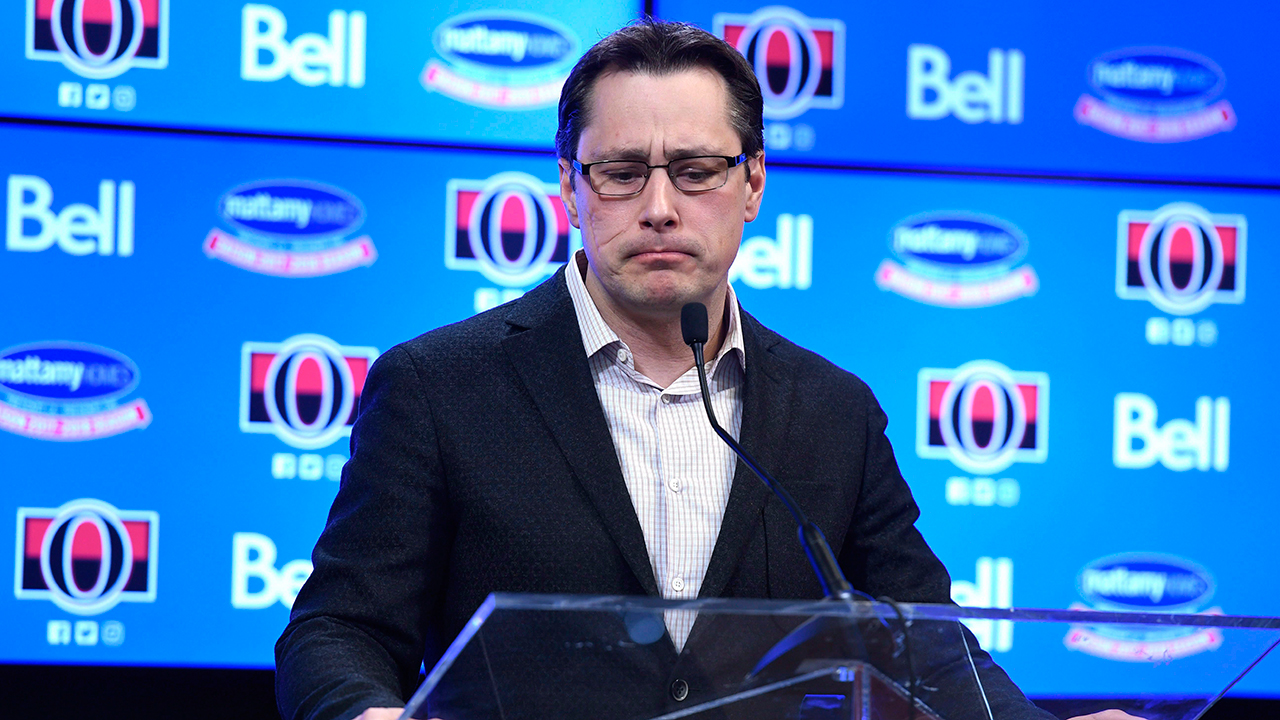 The destruction of the Ottawa Senators continues.

Hours after losing 4-2 to the Edmonton Oilers for their sixth straight loss, the Ottawa Senators have relieved head coach Guy Boucher of their duties with just 18 games left on their regular season schedule. Assistant coach Marc Crawford will replace him on an interim basis for the remainder of the 2018/29 season.

“I want to thank Guy for his three years of service. He is a good person and has been an excellent representative of the Senators. At this point, however, we need a different set of coaching and leadership skills to guide our team through this rebuild,” said general manager Pierre Dorion.

“In the interim, Marc will bring a different perspective along with a wealth of head coaching experience.”

The 47-year old Boucher, who was initially hired as the head coach in July 2016, led the team to game seven of the Eastern Conference Final in his first season with the franchise, but his time in Ottawa has been a disaster ever since.

To make matters worse, the Senators first round pick for 2019 belongs to the Colorado Avalanche due to the botched Matt Duchene trade. Since September, they have traded away star players Erik Karlsson, Matt Duchene, Ryan Dzingel, and Mark Stone.