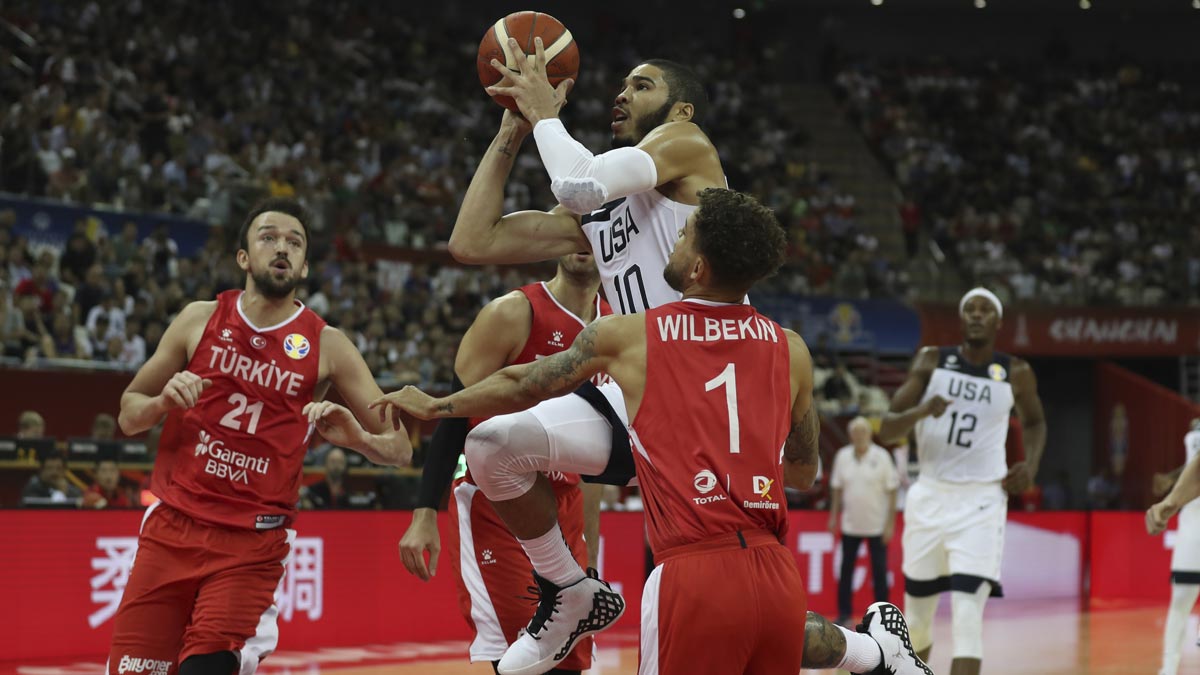 Team USA is going to have to get by without one of their key players for the next couple of FIBA World Cup games.

USA Basketball announced Wednesday that Celtics forward Jayson Tatum will miss at least the next two games (Thursday vs Japan, first game of second round action on Saturday) due to a sprained left ankle.

Tatum suffered the injury in the final seconds of the team’s 93-92 overtime win over Turkey on Tuesday. He will be re-evaluated at the beginning of next week.

The 21-year old, who will be entering his third NBA season this fall, has averaged 10.5 points on 37.5% shooting, 7.5 rebounds, and 2.5 assists in two games so far this tournament.