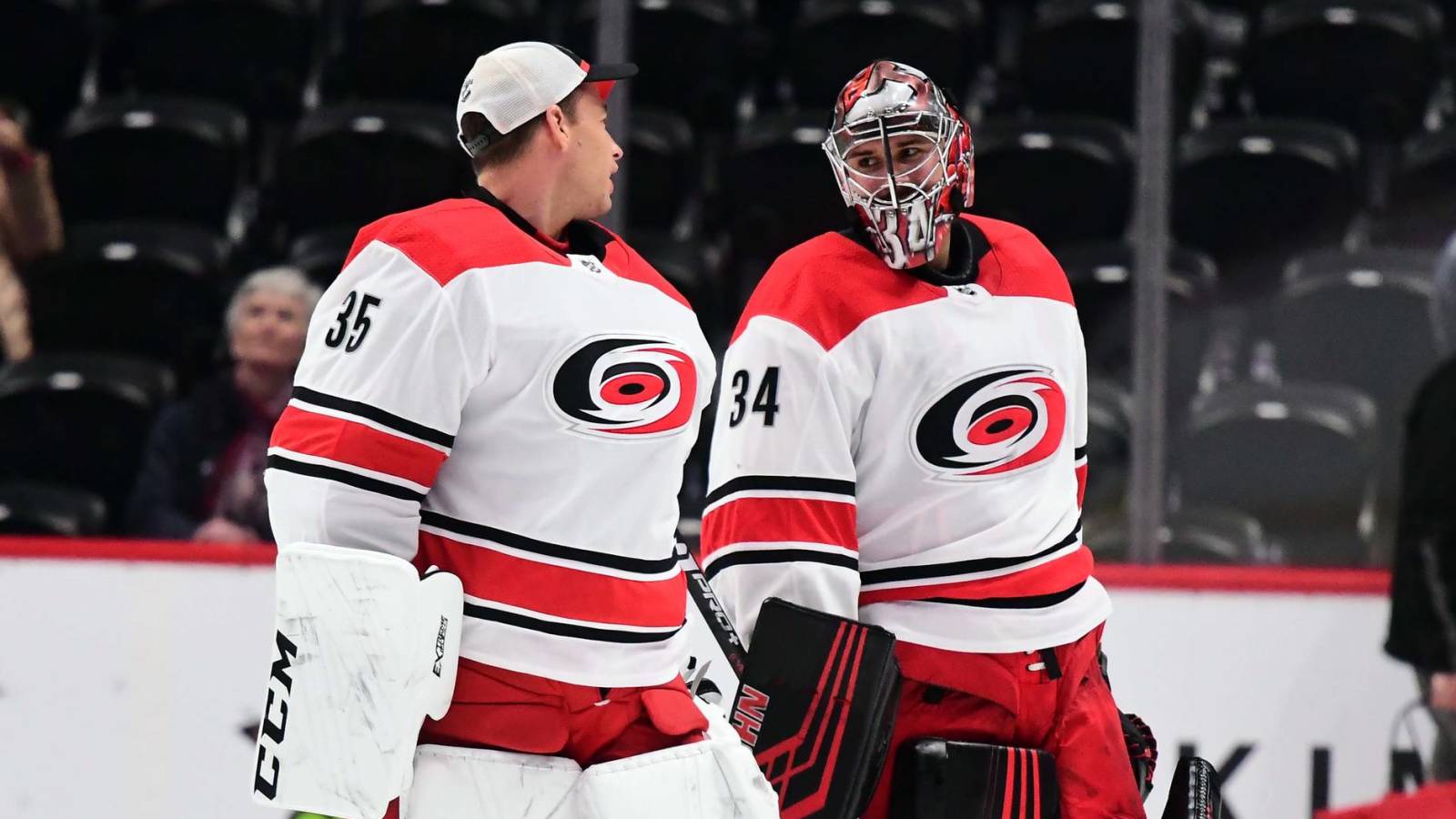 Fresh off a great playoff run that ignited their fanbase, the Carolina Hurricanes are willing to do whatever it takes to keep the magic going next season.

One of the potential issues they face this offseason is in the goaltending department. Both Petr Mrazek and Curtis McElhinney will become unrestricted free agents in July 1st. They will certainly have their fair share of suitors on the market. The team envisions a scenario where they don’t have to choose between the two, and can hopefully bring both of them back in the offseason.

“We’re under the feeling that we would like to have both of them back,” said Hurricanes general manager Don Waddell.

“Saying that, they both have the right to be unrestricted free agents. We will begin shortly talking to their representation, but our goal would be to bring them both back if we could.”

Mrazek played the majority of the games in net, and had a comeback season after it appeared his days as a starter were number. The 27-year old posted a 23-14-3 record with a 2.39 goals-against average and .914 save percentage in 40 regular season games.

McElhinney, 35, was supposed to be depth insurance after he was claimed on waivers from the Leafs on October 2 to fill in for an injured Scott Darling. Instead, he ended up taking Darling’s spot on the roster and excelled as a starter for long stretches. He compiled a 20-11-2 with a 2.58 goals-against average and .912 save percentage in 33 regular season games in 2018/19.