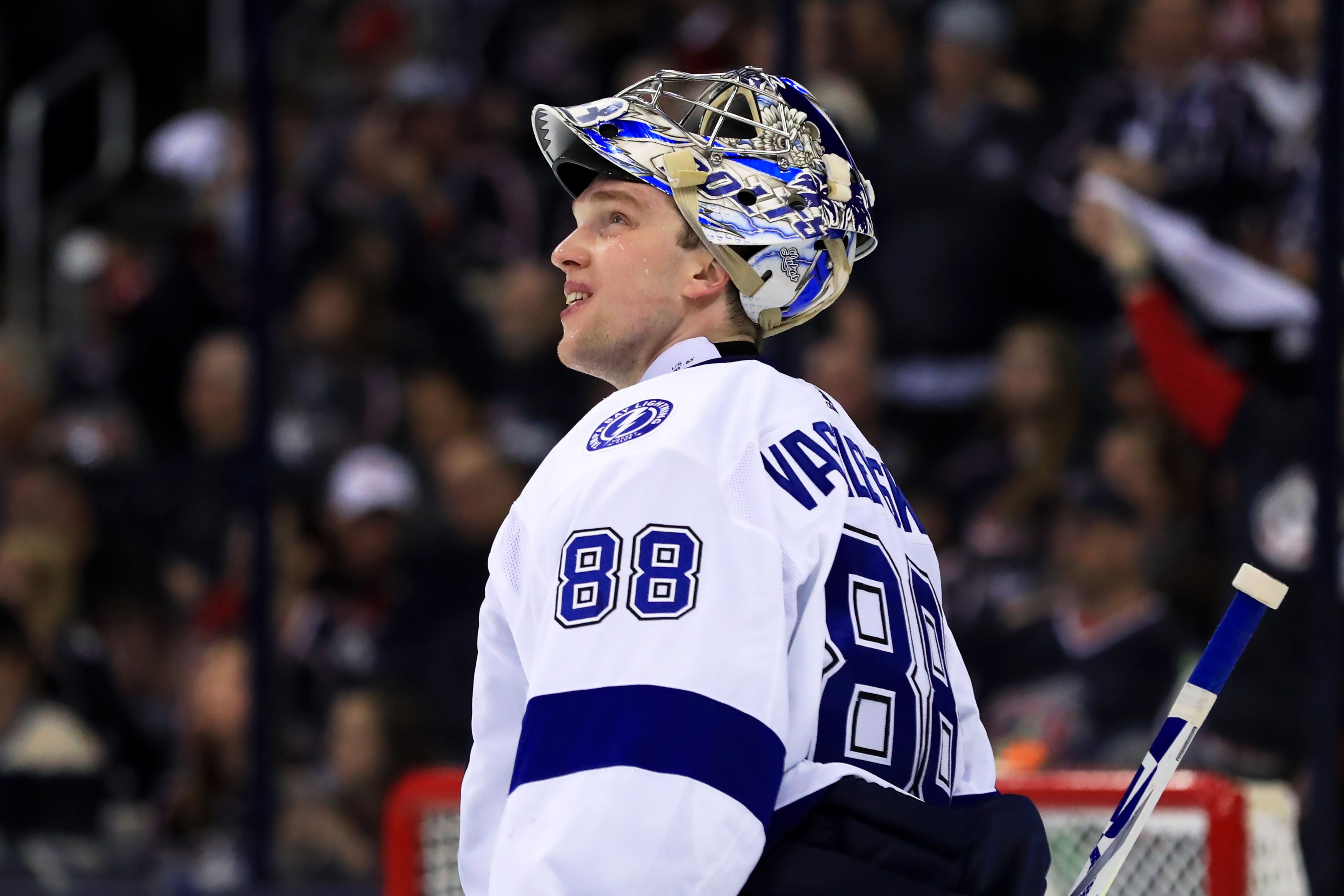 It was never in doubt, but now it’s official. Andrei Vasilevskiy is here to stay.

The Tampa Bay Lightning announced Monday that they have signed their Vezina-Trophy winning goaltender to an eight-year, $76 million contract extension worth an average annual value of $9.5 million.

“Since joining the organization Andrei has shown unmatched work ethic and professionalism both on and off the ice. We look forward to him continuing his career in Tampa Bay for the foreseeable future.”

The 25-year old Russian, who was selected 19th overall in the 2012 NHL Draft, has posted a 124-59-15 record, 2.55 goals-against average, and .919 save percentage over a span of five seasons and 208 combined regular season games throughout his NHL career.

In just a relatively short time period, he has already made two NHL All-Star Games, and an NHL First All-Star Team to go along with the recent Vezina Trophy he won.