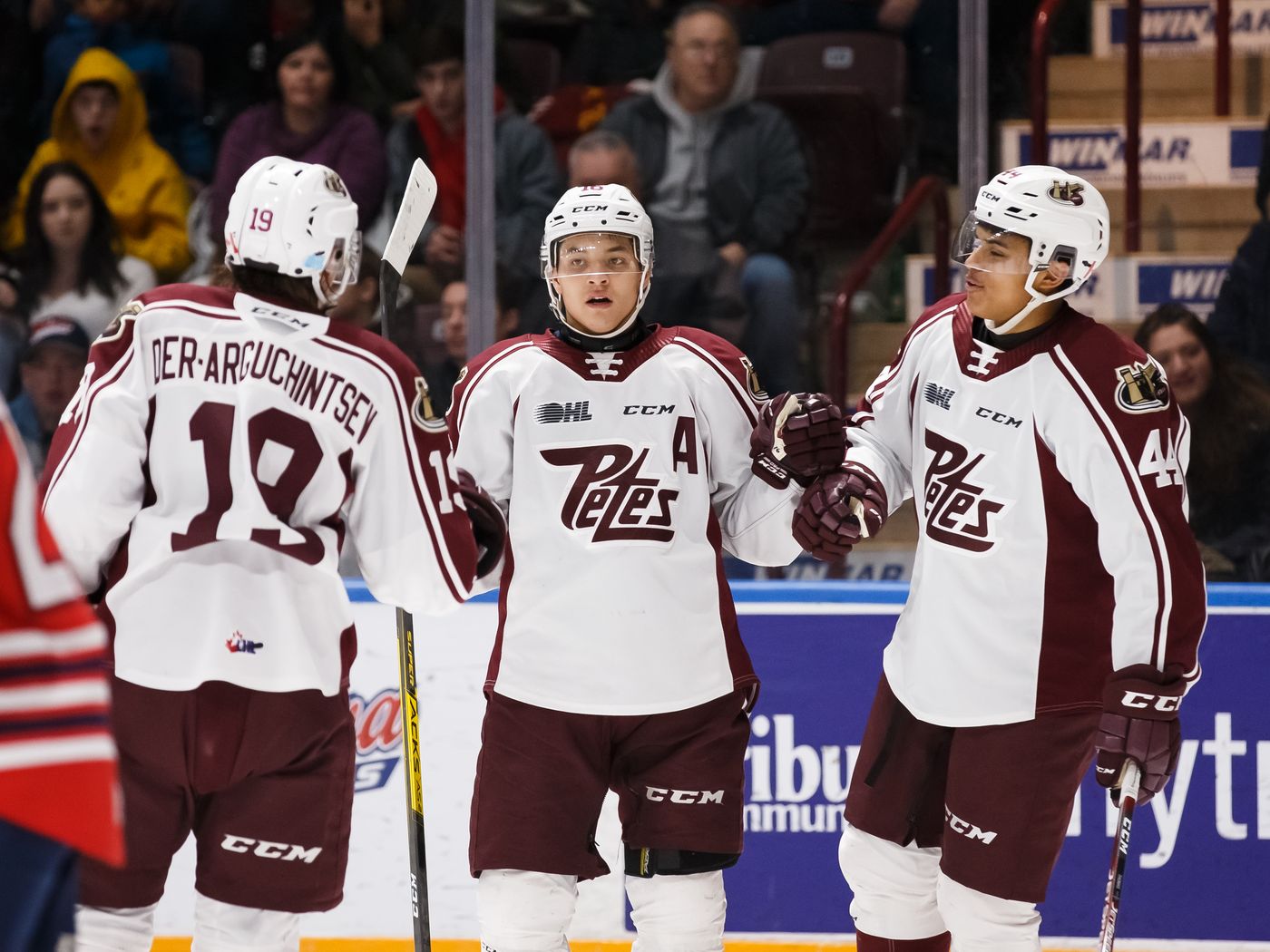 The OHL season may have been cancelled, but that isn’t stopping Toronto Maple Leafs prospect Nick Robertson from reaching his goals.

The 18-year old forward, who was selected by the Leafs in the second round of the 2019 NHL Draft, had an amazing 2019/2020 campaign with the Peterborough Petes where he posted 55 goals and 86 points in just 46 games. He is hoping that set him up to make the big club next season, but knows he must make changes to his body in order to achieve that goal.

“I’m trying to pack on a little weight…Not significant but I need to get a little thicker and stronger and faster.” said Robertson in a recent interview with Toronto radio station Fan 590.

“I think that’s always been a cliché but for me I think I have the tools regarding the skill and the passing, the shooting, everything like that but I think I need to get a little bit faster, stronger and bigger to withstand those big defencemen in the corners – not only just to take a hit but to be still elusive but balanced on my feet.”