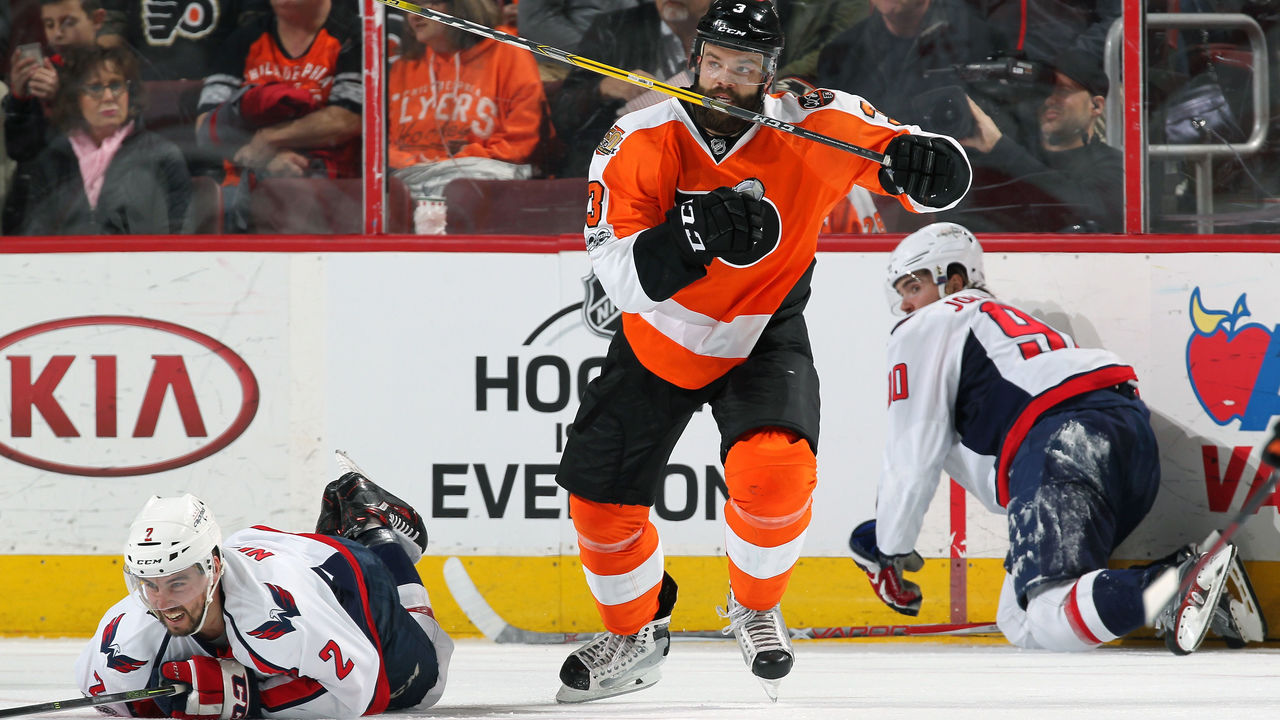 The NHL announced that the Capitals acquired tough guy Radko Gudas from the Flyers in exchange for sharpshooter Matt Niskanen.

Gudas, 29, has spent the past four seasons with the Flyers after three years with the Lightning. In 2018/19, the Czech defenceman posted four goals, 16 assists and 63 penalty minutes in 77 games.

Niskanen is the most offensively minded d-men out of the two. He compiled eight goals, 17 assists and a minus-3 rating in 80 games this season. Despite his productivity, his bloated contract will pay him $5,750,000 annually for the next two seasons.

On the flip side, Gudas will make $3,350,000 in 2019/2020, and be eligible for unrestricted free agency in the summer of 2020. The financial advantages this trade provides for the Capitals played a big role in the decision.

“We feel this move provides us with financial flexibility as we look for additional ways to strengthen our team.” said general manager Brian MacLellan.

McLellan also welcomes the additional physicality and toughness to the Capitals roster.

“We are pleased to welcome Radko to our organization. Radko is a good defensive defenseman that plays a competitive, physical game.” added McLellan.