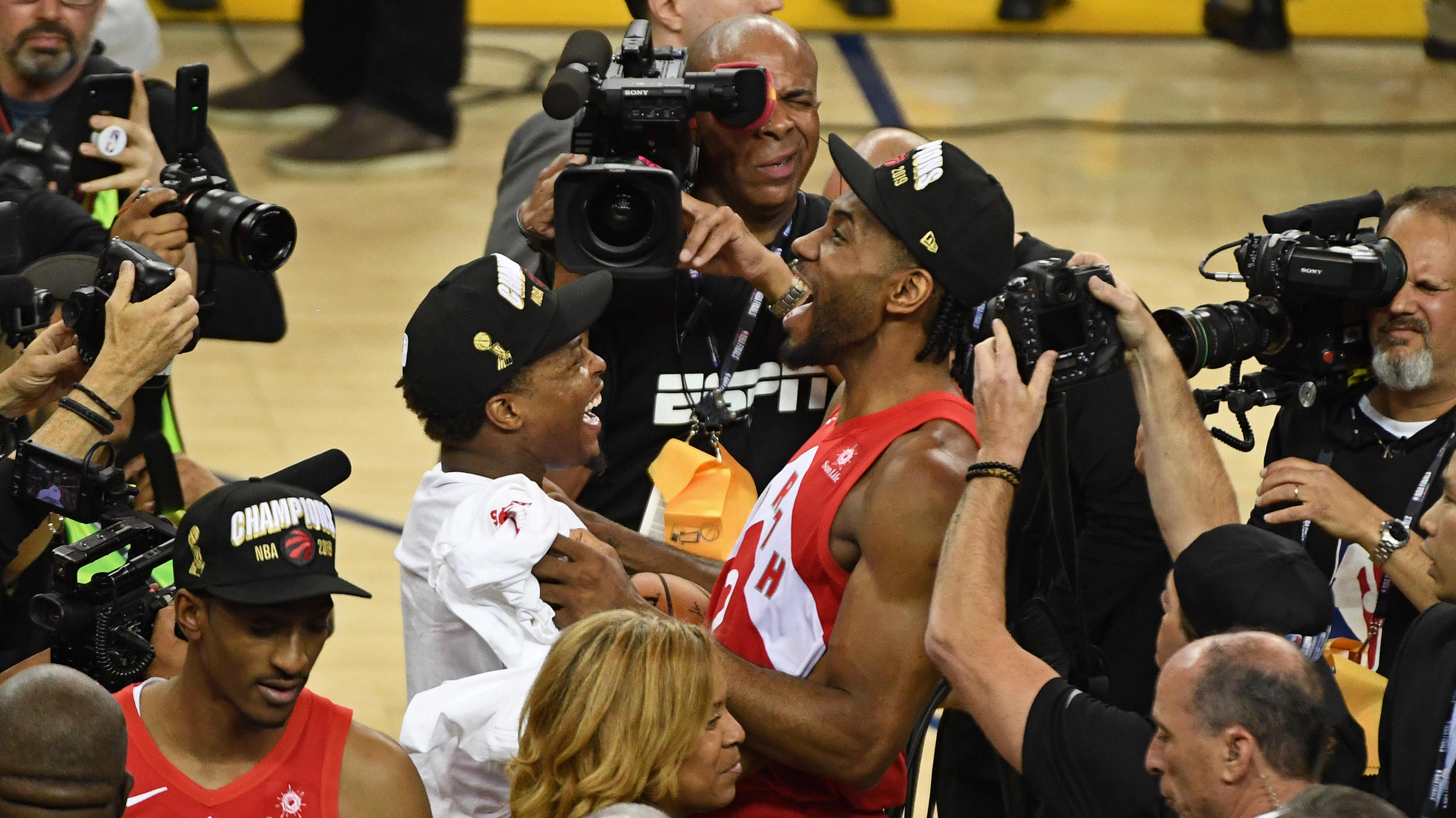 For the first time in NBA history, the Larry O’Brien Trophy is heading north of the border.

The Toronto Raptors officially won the 2019 NBA championship after defeating the Golden State Warriors 114-110 in a thrilling Game 6 at Oracle Arena.

After a back-and-forth first half, the Warriors appeared to be gaining some momentum in the third quarter until Klay Thompson suffered a knee injury when he landed after a dunk attempt contested by Danny Green. Thompson shot his two free throws and left the game for good. The team later confirmed he sustained a torn left ACL, which will likely keep him out of action for the majority of 2019/2020.

The fourth quarter wasn’t pretty offensively, but Fred Van Vleet kept the Raptors alive with a couple of clutch three-pointers, and the Raptors were finally able to put the game away in the final minute thanks to some clutch defense, a Pascal Siakam jumper, and Kawhi Leonard’s free throws.

Kawhi Leonard wasn’t at his best, but managed to finish the game with 22 points, six rebounds and three assists in 41 minutes, and won his second career NBA Finals MVP to go along with his second NBA title.

His teammate Kyle Lowry also praised him for his incredible performances throughout the 2019 postseason.

“I think he’s the best two-way basketball player in the NBA,” said Lowry.

The team apparently celebrated with a trip to Las Vegas, and will hold their championship parade in Toronto starting at 10am/ET on Monday.