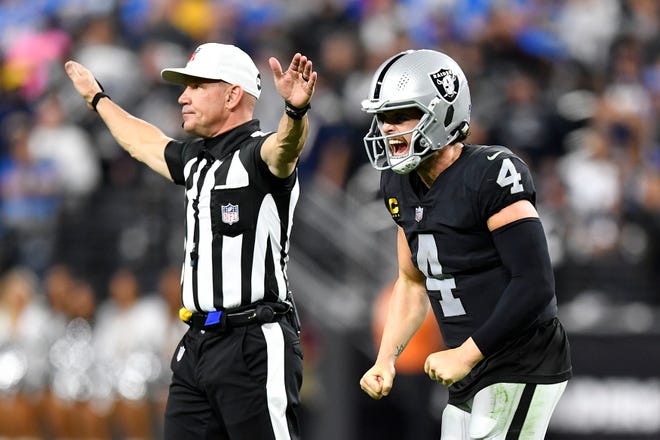 Like it or not, the Las Vegas Raiders are committed to Derek Carr as their starting quarterback for the next few years.

According to reports, the Raiders have agreed to sign the veteran QB to a to a three-year, $121.5 million extension that will keep him under contract through the 2025 NFL season.

The 31-year-old, who is entering the final year of a five-year, $125-million contract he signed back in 2017, will make $40.5 million per season in his new deal. That will put him fifth amount quarterbacks in average annual value.

The three-time Pro Bowler, who was selected 36th overall in the 2014 NFL Draft, has amassed 31,700 passing yards, a 65.0 pass completion percentage, 92.4 passer rating, 198 total touchdowns and 85 interceptions over a span of eight seasons and 127 regular season games with the franchise.