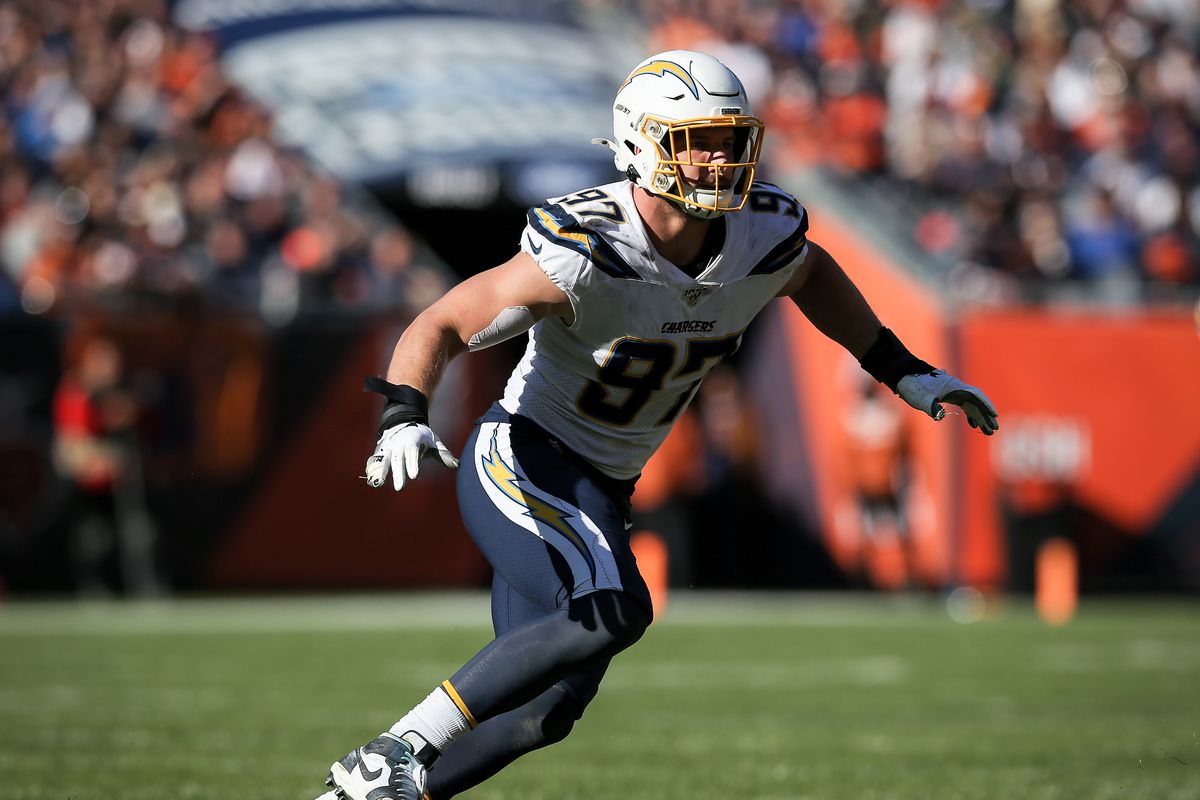 The Los Angeles Chargers have signed the star defensive lineman to a lucrative five-year, $135 million contract extension that includes $102 million of guaranteed money, which is an NFL record for a defensive player.

The 25-year-old, who is entering the final year of his rookie deal, was initially selected third overall by the Chargers in the 2016 NFL Draft.

Through four seasons and 51 combined games, Bosa has amassed 201 combined tackles, 40 sacks, six forced fumbles and two fumble recoveries. He is also a two-time Pro Bowler, and a recipient of the NFL Defensive Player of the Year Award in 2016.