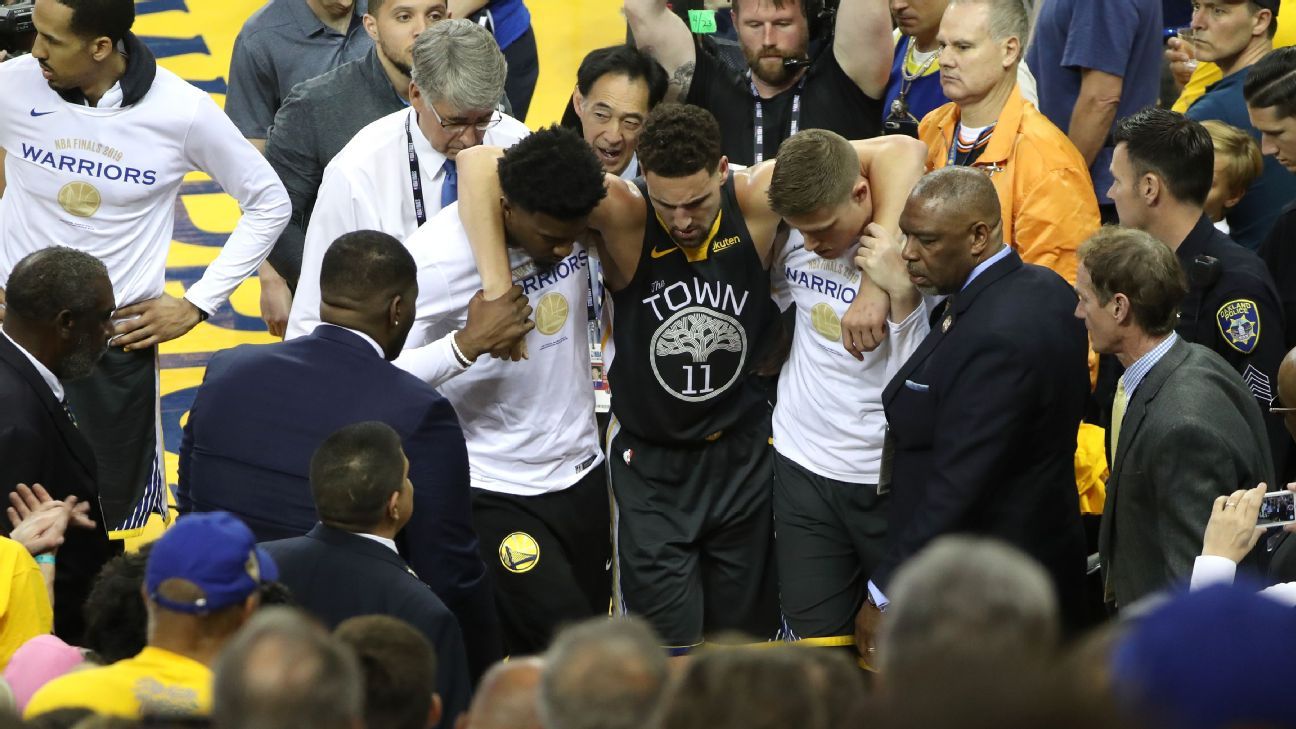 The team confirmed Tuesday that the five-time NBA All-Star has undergone successful surgery to repair a torn ACL in his left knee.

The recovery time is approximately 5-7 months, which means Thompson will likely not return to the lineup until the latter half of the 2019/2020 season.

Thompson suffered the injury when he landed awkwardly after a dunk attempt late in the third quarter of Game 6 of the NBA Finals against the Toronto Raptors. He stayed in momentarily to shoot free throws, but left the game immediately after and did not return.

Despite the injury, Thompson managed to secure himself a five-year, $190 million max contract extension with the team this offseason.

The 2011 first round pick has averaged 19.5 points on 45.9 field goal percentage and 41.3 three-point percentage to go a long with 3.9 rebounds and 2.3 assists throughout his eight seasons in the NBA.