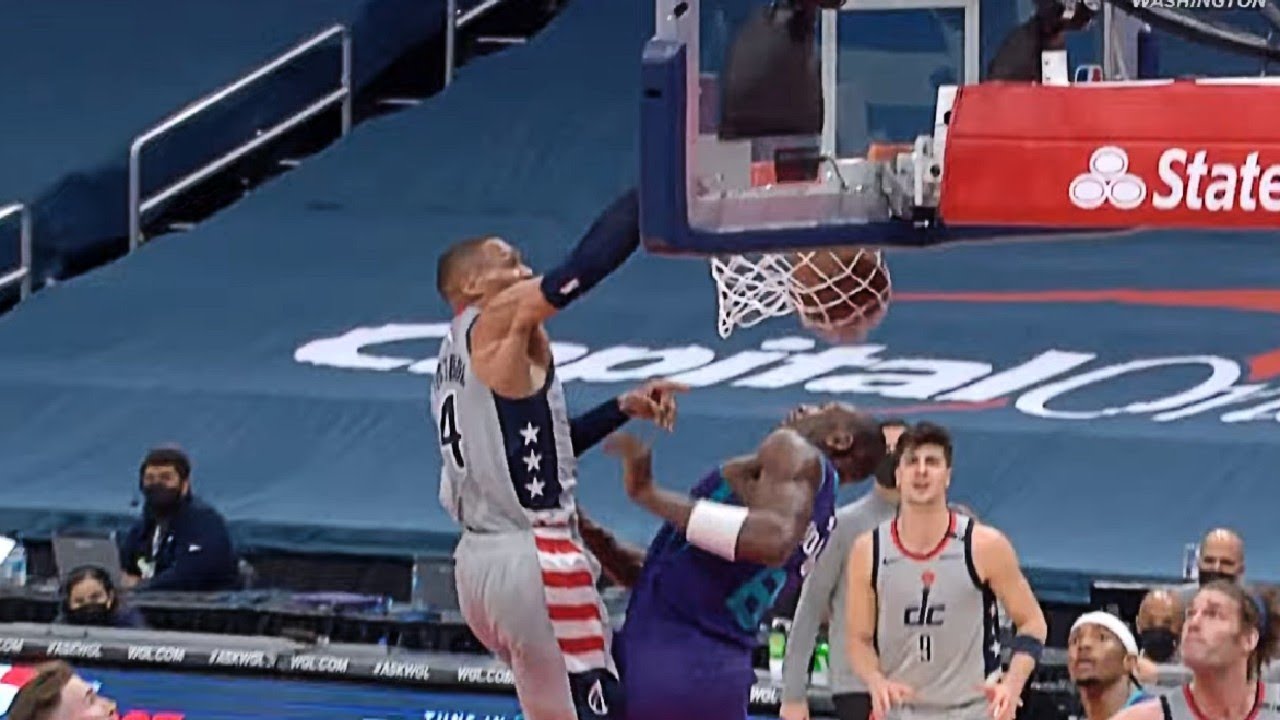 The Washington Wizards may have lost, but Russell Westbrook made it all worthwhile after unleashing this jaw-dropping dunk all over Bismack Biyombo!!!