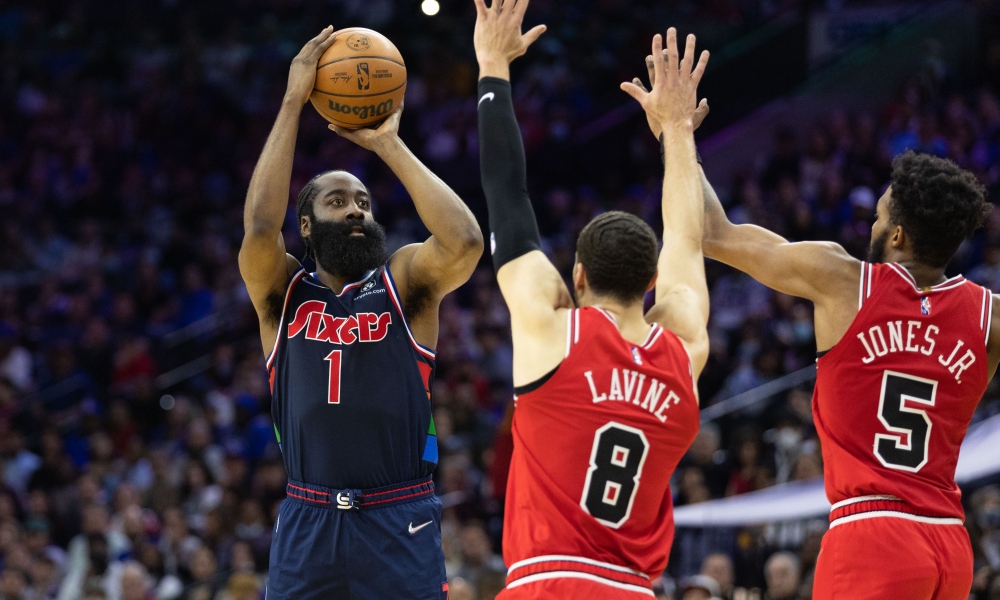 James Harden has reached another milestone.

After draining a stepback three in the first quarter of the Philadelphia 76ers’ 121-106 win over the Chicago Bulls, he tied Indiana Pacers legend Reggie Miller for third on the all-time NBA leaderboard in three pointers made at 2560.

The 32-year old has averaged 25.0 points, 6.7 assists and 5.6 rebounds over a span of 12-plus seasons and 926 games split between the Oklahoma City Thunder, Houston Rockets, Brooklyn Nets and Sixers.