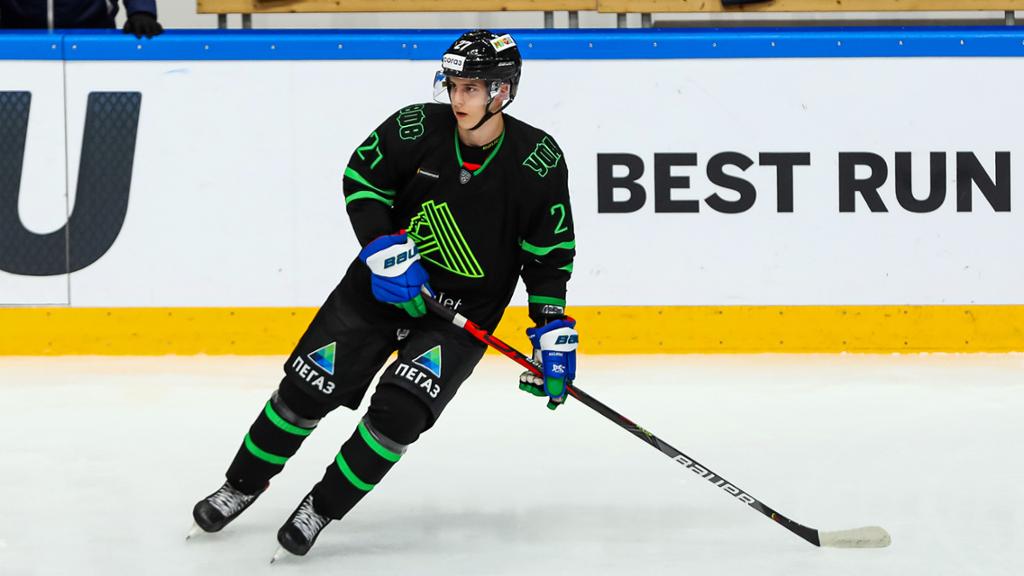 Some concerning news coming out of the hockey world.

The Toronto Maple Leafs announce that defensive prospect Rodion Amirov has been diagnosed with a brain tumour and will be sidelined for the remainder of the season.

“Rodion is in good spirits and is determined to return back to professional hockey. Supported by two first-class organizations, we will do everything we can to help Rodion and his family during this difficult time.” said Amirov’s agent Dan Milstein.

The 20-year old, who was selected 15th overall by the Leafs in the 2020 NHL Draft, his considered to be one of the team’s top prospects. He was signed to a three-year entry level contract with the Leafs over the summer, and is currently playing in the KHL with Salavat Yulaev Ufa.

Despite being away from the organization overseas, the Leafs are working closely alongside the medical staff in Russia to ensure he is able to fully recover and resume his career.

“Our medical staff has been involved throughout the process alongside Ufa’s and we are in direct contact with the facility on an ongoing basis to monitor his treatment and care,” said Leafs General Manager Kyle Dubas.

“Rodion has the complete support of the Toronto Maple Leafs organization and we will continue to ensure he receives the best care possible throughout this process.”

Amirov is currently undergoing treatment in Germany, and is skating three times a week to keep himself in shape.