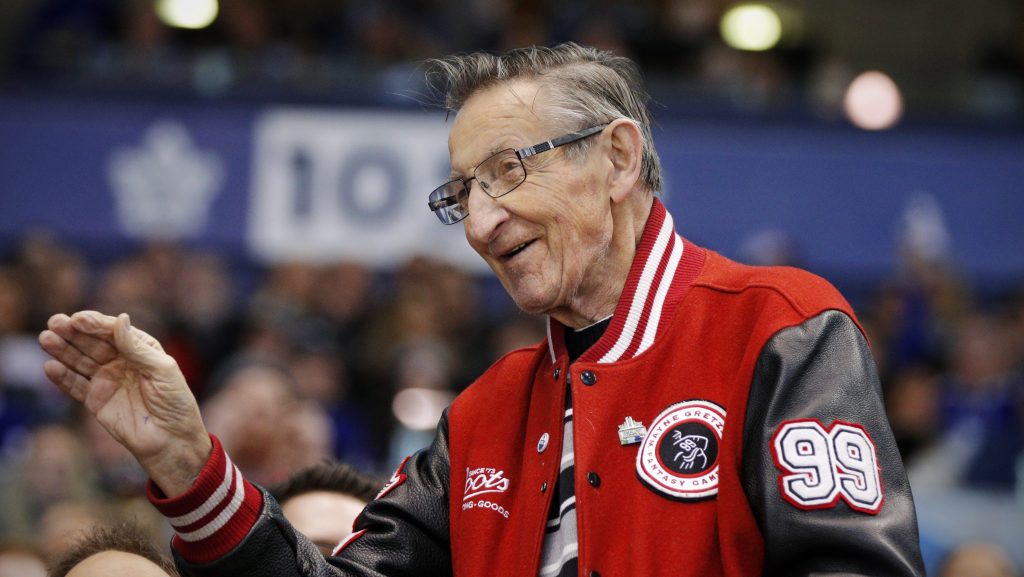 Some devastating news coming out of the hockey world.

Walter Gretzky, the father of legendary NHLer Wayne Gretzky, has died after a prolonged battle with Parkinson’s disease. He was 82 at the time of his death.

“It’s with deep sadness that Janet and I share the news of the passing of my dad…He bravely battled Parkinson’s and other health issues these last few years, but he never let it get him down” said Wayne Gretzky.

Known to everyone as Canada’s Hockey Dad, Walter was more than just Wayne’s father. He was inspirational to young hockey players and gave back to the game in many ways, including charitable causes.

“Walter’s passion for the game and for teaching it to young players transcended place, status and skill level,” said NHL commissioner Wayne Gretzky.

“During the two decades since Wayne retired, Walter could always be found at a rink, sharing the game with players and fans at all levels. Quietly and humbly, Walter dedicated so much of his time to countless charities with little fanfare but with a deep commitment to improving the lives of so many — particularly children.”