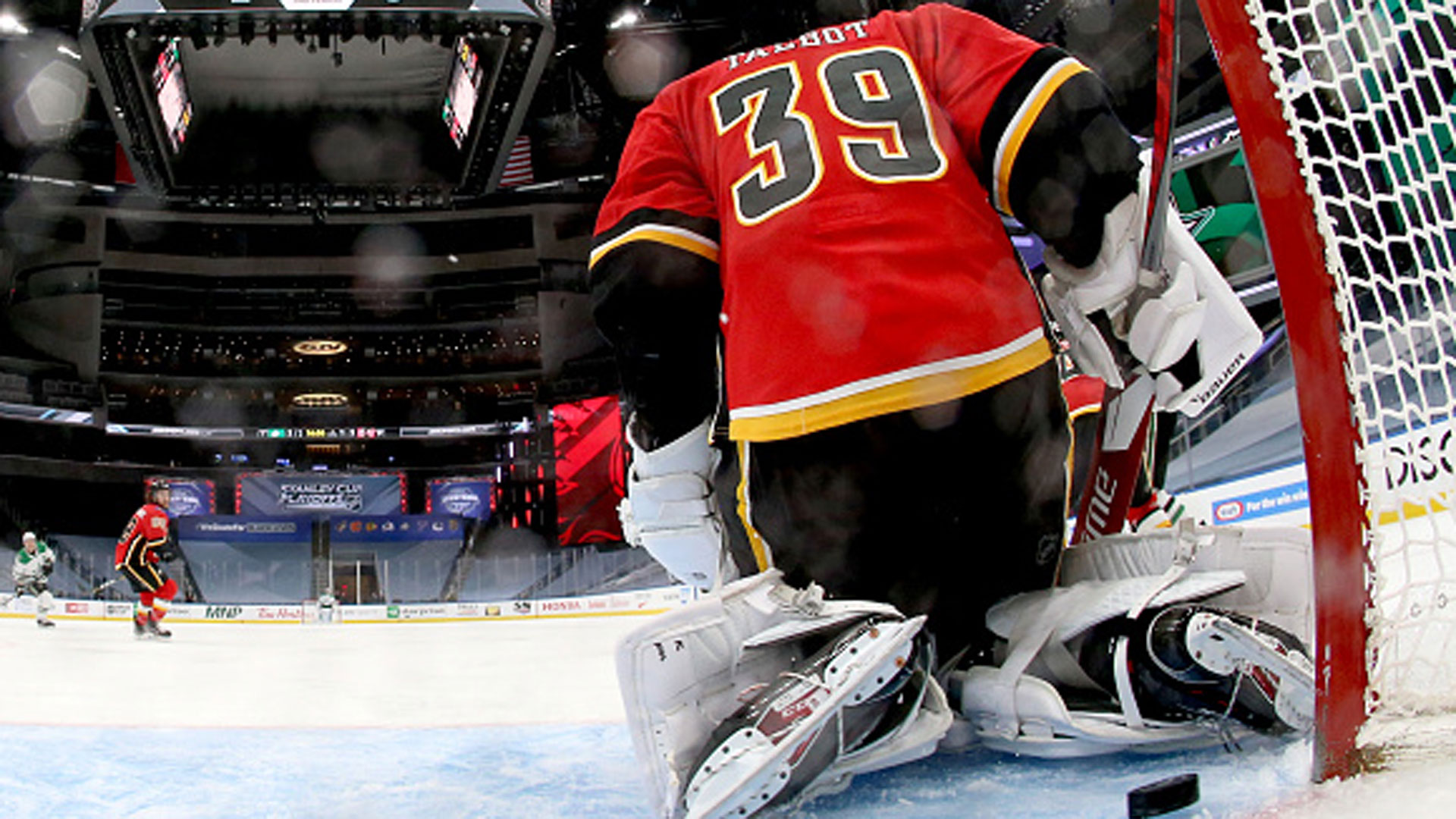 This is not a broken record. The Calgary Flames have been eliminated in the first round of the NHL playoffs. Yes this has happened a lot in recent years. But this year they found a new way to lose.

Despite taking a 3-0 lead in the first period, the Flames allowed the Dallas Stars to score seven unanswered goals. It marked just the sixth time in league history that a team lost an elimination game despite being up three goals on the scoreboard.

Veteran goalie Cam Talbot, who initially was pulled from the game after allowing the game tying goal but returned in net for the third period, ended up letting four goals on just 15 shots in the game. He places a lot of blame on himself for the loss.

“It was a 3-0 hockey game for us and I’d been there all playoffs for us, and when we needed it the most, I wasn’t there,” Talbot said.

“Some of the shots are obviously savable and the onus is on me there. As much as I hated getting pulled, the momentum was changing and coach Geoff Ward had to do something…Can’t say I blame him. I would have done the same thing if I was him.”

Despite all the talent on their roster, the Flames have managed to advance past the first round just once in the past six seasons.