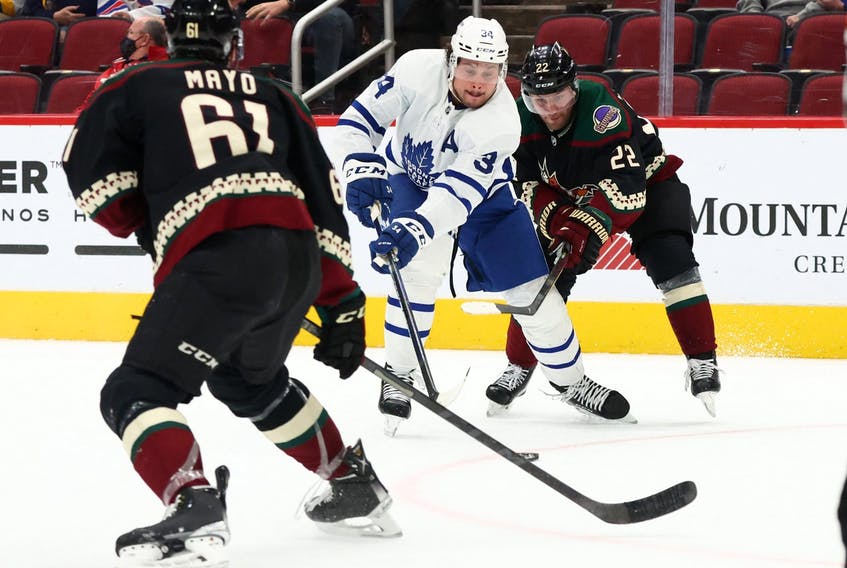 Yes the Toronto Maple Leafs lost to the worst team in the NHL last night, but the silver lining is one of their star players made history.

When Auston Matthews scored in their third period of the team’s 2-1 loss to the Arizona Coyotes on Wednesday, he set a franchise record by scoring a goal in his ninth consecutive road game.

The franchise record meant very little to Matthews, who admitted after the game he would have been much happier to escape Arizona with an extra two points in the standings.

“I would have rather, obviously, taken the win,” said Matthews.

“I’m still leaving the rink a little bit sour tonight at not getting those two points.”

Despite a slow start to the season season, the 24-year old has been nothing short but amazing in the last couple of months.

Matthews has posted 24 goals, 14 assists and a plus-5 rating in 32 games this season. He currently sits tied for second in the league with Alex Ovechkin in goals scored, and tied for eighth overall in total points (38).

Damian Lillard to undergo abdominal surgery, out at least 6-8 weeks

What was going through Hassan Whiteside’s head?