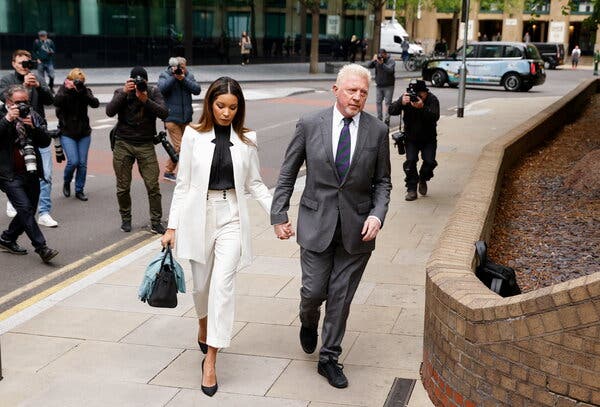 One of the greatest tennis players to ever step on a court will be spending a couple of years behind bars.

It was announced on Friday that three-time Wimbledon champion Boris Becker has been sentenced to 2 1/2 years in prison for hiding assets and secretly transferring large amounts of money after declaring bankruptcy back in June 2017.

He was reportedly moving money between some of his businesses, and to two of his now ex-wives.

The 54-year old German could have seen as much as seven years in prison before the verdict was eventually reached this week.

The defence attorney asked for leniency for Becker during the trial, claiming that the six-time Grand Slam champion had been focused on paying alimony and child support rather than spend recklessly on a lavish, wealthy lifestyle that you see from many other former athletes.

He also cited public embarrassment and the inability to receive job opportunities in the future as other reasons for lightening the sentence.