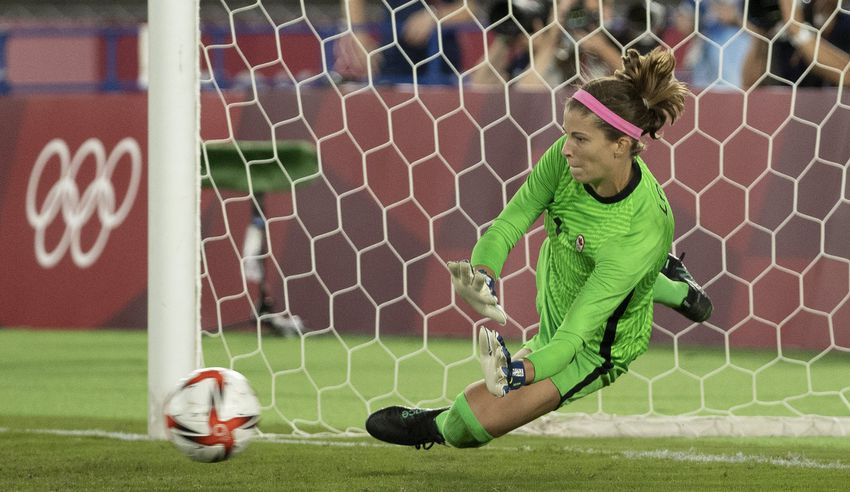 One of the key contributors to leading the Canadian women’s national soccer team to a Gold Medal at the 2020 Tokyo Olympics is calling it quits.

Stephanie Labbe, who recently finished second for the 2021 Best FIFA Women’s Goalkeeper Award, has abruptly announced her decision to retire from soccer.

The 35-year old Alberta native admitted she made up her mind in November, but knows for certain this is the right move.

“Honestly I woke up one day and it just hit me – I just knew in my heart that it was time. I feel so confident in that, I feel so ready for what’s next.” said Labbe.

“I really truly feel at this point that I’ve given everything to the game and I’ve invested my heart and soul into it and I just don’t feel that I have anything left. And I feel so great about that. I really feel like I’ve left everything out there. I couldn’t have asked for a better moment than to have finished my career on an Olympic gold medal and signing for one of the top clubs in the world.”

Labbe has represented Canada on the International stage since 2008, making 84 combined appearances for the national team during that span.