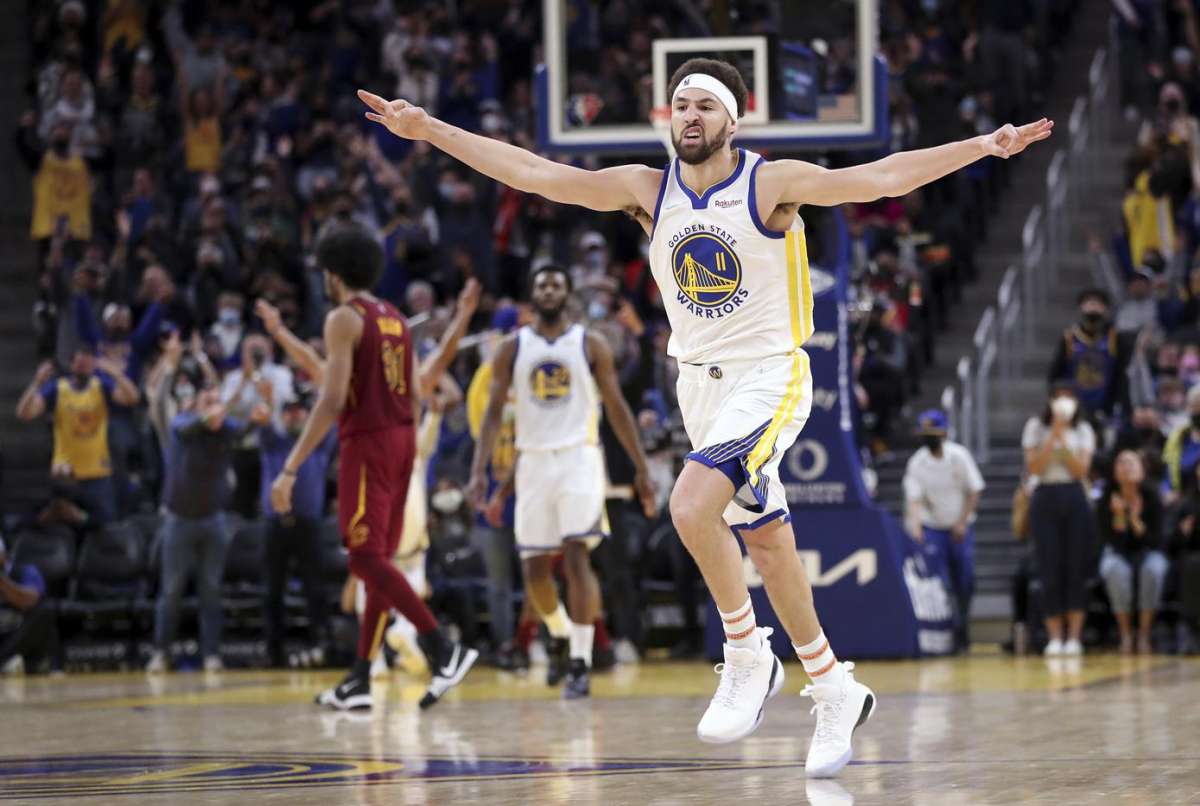 This was a long time coming!

After being sidelined for 941 combined days due to suffering an ACL tear in his left knee in Game 6 of the 2019 NBA Finals and a torn right Achilles tendon during a scrimmage in November 2020, Golden State Warriors star Klay Thompson finally returned to action vs the Cleveland Cavaliers on Sunday evening.

He showed some obvious rust, which is expected considering he hasn’t played in an NBA game in more than two-and-a-half years, but ultimately played well enough and helped propel the Warriors to a hard-fought 96-82 win.

The five-time All-Star finished the game with 17 points on 7-of-18 shooting from the field and 3-of-8 from three point range to go along with three rebounds, one block and one assist in 20 minutes of action.

He admits that he was a bit disappointed with his production, but is able to overlook it considering the joy and relief he feels about finally being back on the court.

“I did not shoot as well as I wanted to but I’m so happy I can even look at the stat sheet and see my name there. It’s been a long run. I’m not going to say it equivalent to winning a championship but it was pretty close.” said Thompson.

“I tried to visualize this moment for years…I’m just excited to get it out of the way now and I can get back in the rhythm of things. This is unbelievable. This is worth every second.”

He also reached two milestones during the game: 12,000 career points and 1,800 career three-pointers.