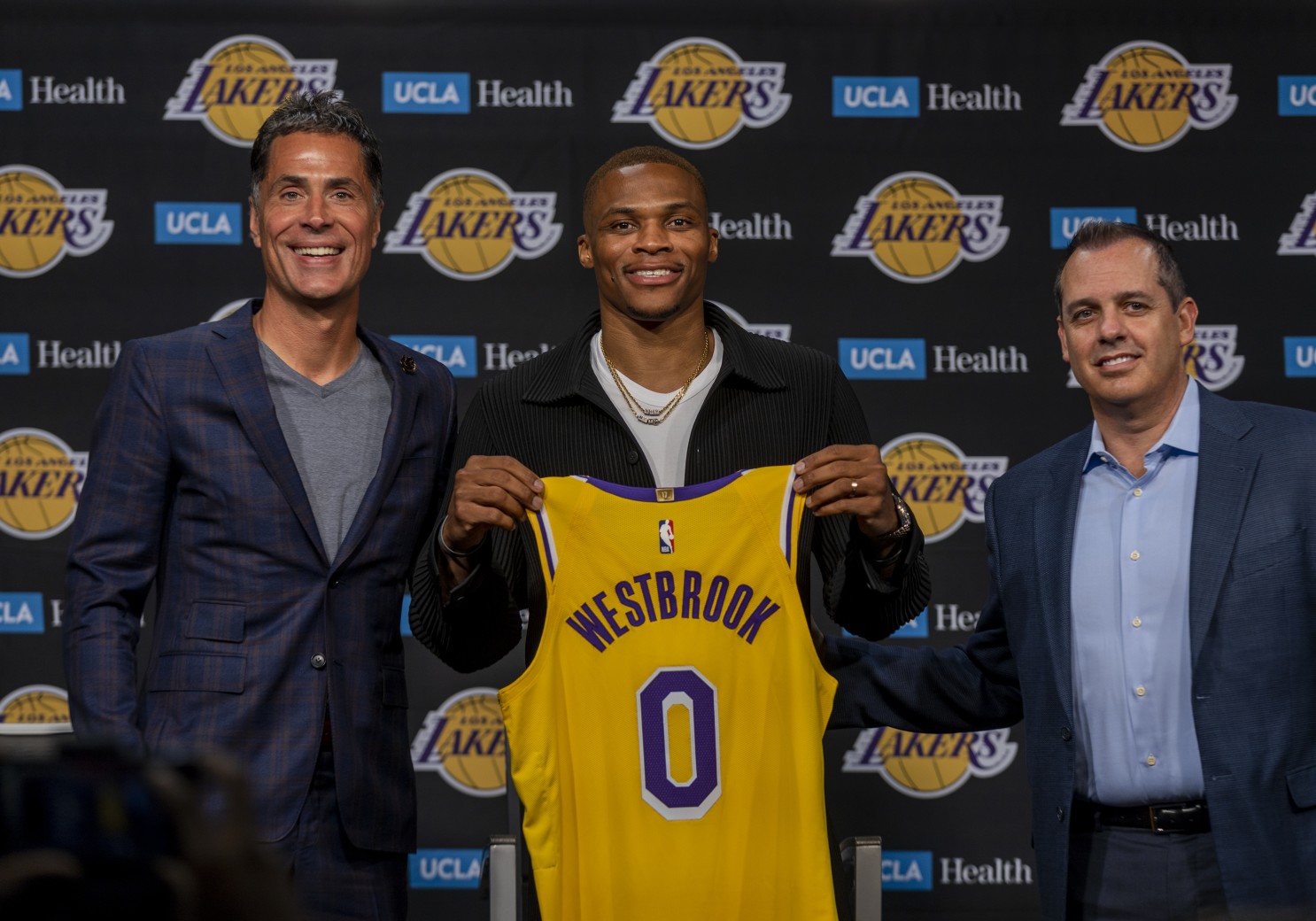 When Russell Westbrook entered the NBA back in 2008, he was just happy to accomplish his dream of making the league. Of course the Los Angeles native had grown up idolizing the Los Angeles Lakers from his hometown of Long Beach, California, and had secretly hoped he would be able to play for them but wasn’t exactly getting his hopes up about it.

Instead he carved out an extremely successful career with the Oklahoma City Thunder, making eight NBA All-Star Games, two All-NBA first teams, winning the NBA MVP Award (2017), and becoming a two-time NBA scoring champion/two-time NBA assists leader during his 11 seasons with the franchise. He has bounced around the league since then. First being traded to the Houston Rockets in 2019, and then the Washington Wizards in 2020.

He is now on his third team in three seasons but this team feels different. He gets to play for his hometown team. Something he never dreamed would ever come to fruition earlier in his career.

“Being from L.A., you always wish that you can play for your home team and be able to do that…But that’s definitely something that always kind of circled around in my mind. And maybe one day. But I would always come back and be like, ‘Ahh, that probably won’t happen.” said Westbrook during his introductory Lakers’ news conference at Staples Center.

He finds himself back with a championship contender once again, joining the likes of fellow All-Stars LeBron James and Anthony Davis, and former All-Star turned role player Carmelo Anthony. The team will probably be among the oldest in the league but they are banking on talent and experience to take them all the way in 2021/22.