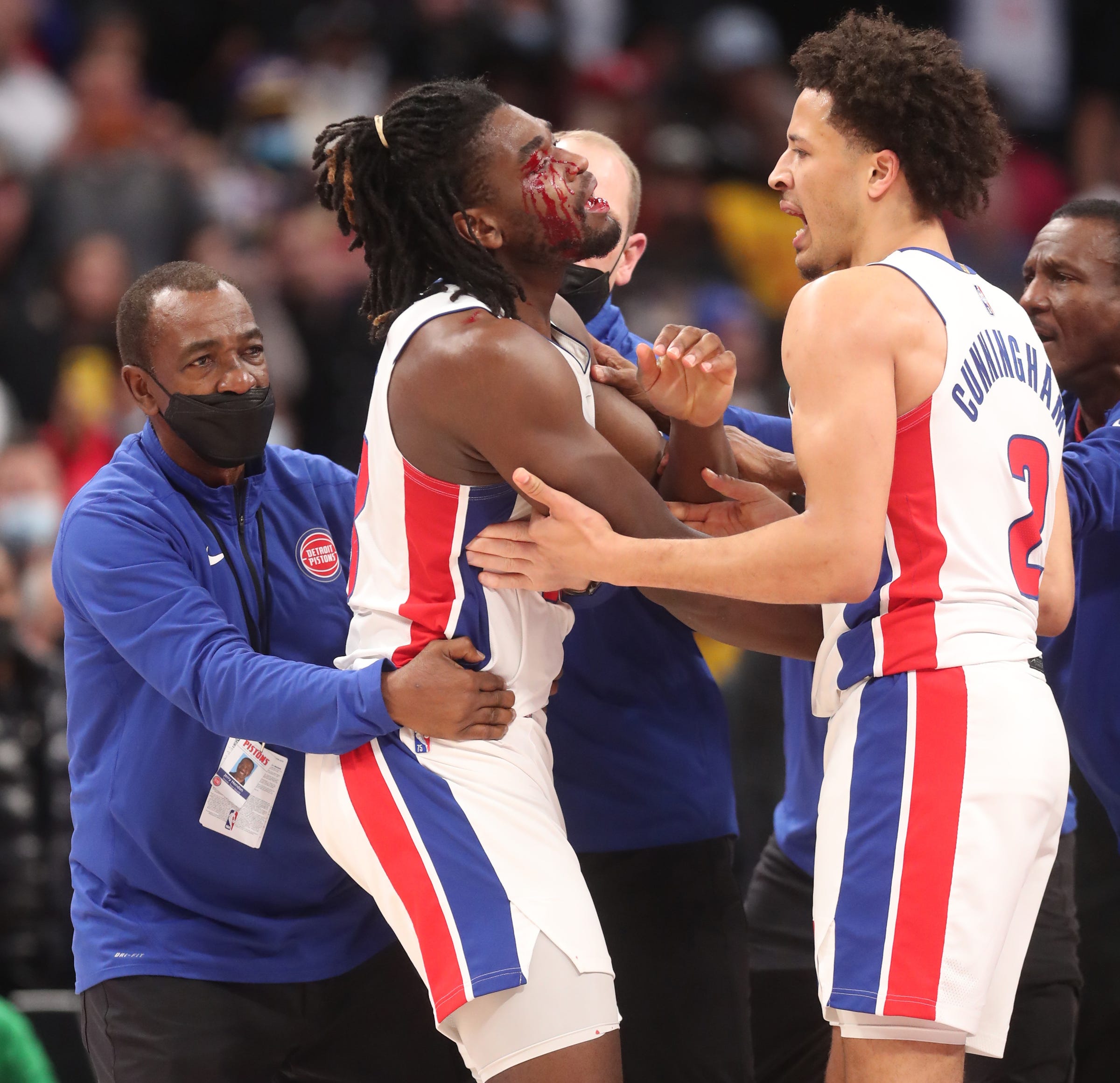 Things got heated in Detroit last night to say the least.

Following a free attempt during Sunday’s Los Angeles Lakers/Detroit Pistons game, LeBron James swatted at Pistons centre Isaiah Stewart to get separation from him while battling for a potential rebound. The problem was James’ hand connected with Stewart’s face, which sent him to the floor and led to him bleeding profusely.

It may have taken Stewart a few seconds to realize what happened to him, but once it did, the anger and rage took over! He had to be held back by several Pistons players and staff members, and still managed to break free and sent full grown men to the ground just to get at LeBron.

Luckily for everyone involved, he eventually made his way to the locker room and did not escalate things further.

And yes, both Stewart and LeBron were ejected for the incident. No word yet on possible suspensions.