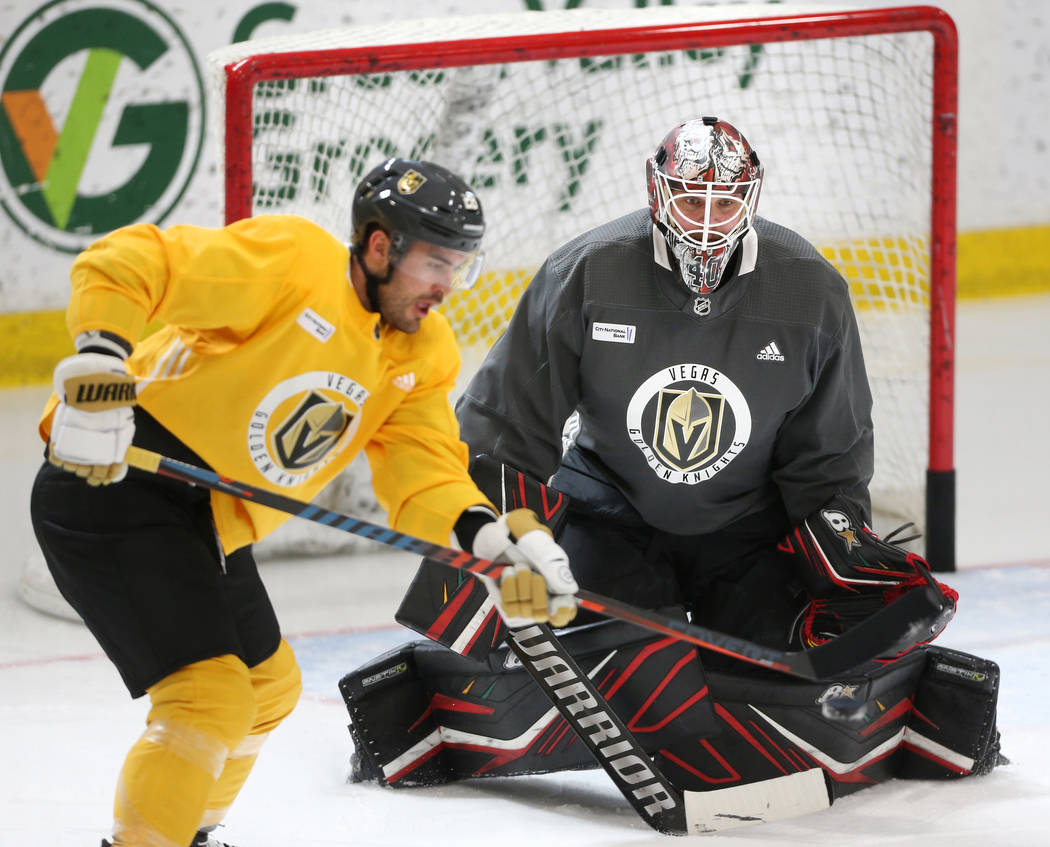 In one of the more unexpected trades of the NHL Trade Deadline, Chicago Blackhawks netminder Robin Lehner was traded to the Golden Knights in a last second deal that sent goalie Malcolm Subban, prospect Slava Demin and a 2020 second round draft pick to the Windy City.

Lehner had a feeling he would be moved due to all the rumours surrounding him, but didn’t expect in his wildest dreams he would end up on the Golden Knights to serve as Marc Andre Fleury’s back up. It was definitely a surprise, but a welcome one.

“Hearing from a few teams, Vegas came out of nowhere…I was a little shocked, but very excited, pleasantly surprised.” said Lehner.

“Heck of a hockey team in here, and fun to join a team that has a chance to win the Cup. I’ll try to be as good as I can and help when I can.”

The 28=year old, who signed a one-year, $5 million contract with the Blackhawks this past offseason, has posted a 16-10-5 record, 3.10 goals-against average and a .918 save percentage in 33 games this season.