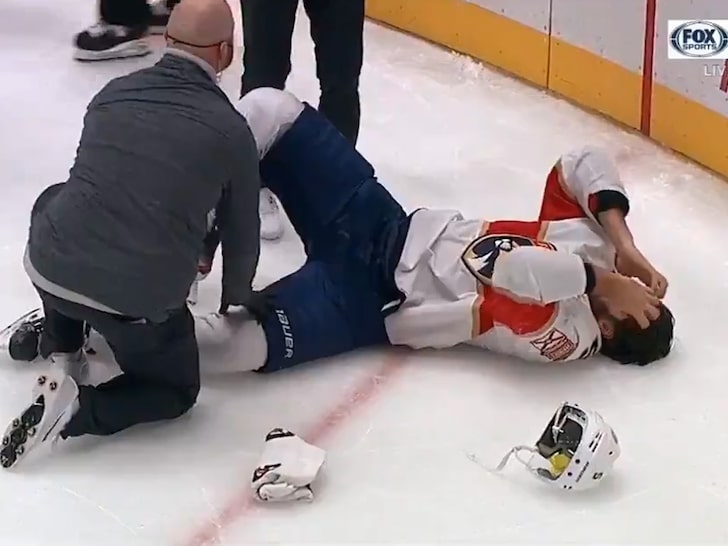 It was a bittersweet night for the Florida Panthers on Sunday.

Despite beating the Dallas Stars 4-1 to improve to 22-9-4 on the season, they found out they will be without their star defenceman for the foreseeable future.

Aaron Ekblad sustained a serious injury to his left leg when he landed awkwardly into the boards midway through the second period. After laying in pain for several minutes, he was eventually stretchered off the ice as his teammates struggled to keep it together.

“He’s had so many games when he’s dominant defensively, but it’s his offensive contribution, joining the attack, added a different dimension to our power play,” said Panthers head coach Joel Quenneville.

“You couldn’t ask for anything more.”