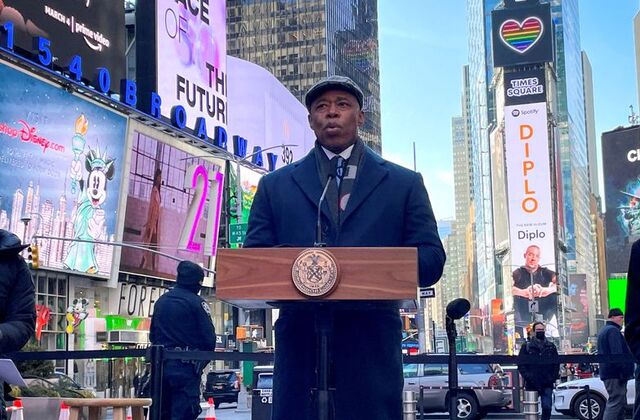 This is great news for the Brooklyn Nets, New York Yankees and other New York based teams.

He will make a formal announcement during a news conference at Citi Field at 11:30am/ET.

This will allow unvaccinated athletes playing on New York based teams to play in the city’s facilities once again, which means Kyrie Irving will be able to suit up for the Brooklyn Nets’ game at Barclays Centre on Sunday.

It also means unvaccinated players on the New York Yankees (Aaron Judge), and New York Mets to be able to play for their home openers early next month.

Albert Pujols is back with the St. Louis Cardinals

This goal by Pierre Engvall is silky smooth!