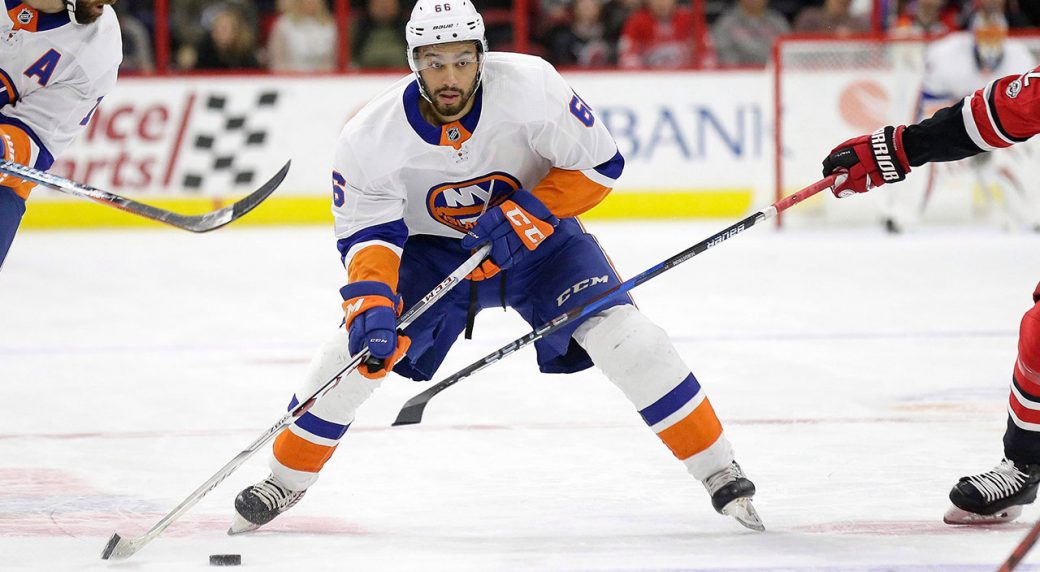 Joshua Ho-Sang could finally find a new home in the upcoming days.

According to reports, New York Islanders GM Lou Lamoriello is working towards completing a deal with a yet-to-be determined team that honours Ho-Sang’s trade request and ships him off elsewhere.

The news comes exactly three weeks after he informed the team of his desire to be traded, which was his reaction to not cracking the opening day roster despite a strong showing in the preseason.

He refused to report to the Islanders’ AHL affiliate Bridgeport Sound Tigers, and has since been training in his hometown Toronto waiting for a deal to be completed.

The 23-year old, who was selected 28th overall in the 2014 NHL Draft, was initially expected to become an important part of the Islanders young core moving forward, but he hasn’t been able to take the next step in his career due to a combination of behavioural issues, consistency on the ice, and inability to develop a defensive element to his game.

It remains unclear whether any other teams will take a chance on the highly-skilled forward.

Ho-Sang has played in just 53 NHL games, posting seven goals, 17 assists and a minus-4 rating during that span.

Phillies hire Joe Girardi to be their new manager

After 10 seasons, the Dale Tallon era has come to an end in South Florida.

The Florida Panthers announced that they will part ways with general manager Dale Tallon, just days after being eliminated in four games by the New York Islanders in their qualifying series.

“When we purchased the Panthers in 2013, we did so with a singular goal — to win a Stanley Cup. We have not seen our efforts come to fruition. We will now begin an organizational search for the next general manager.”

The Panthers have not won a single playoff series since 1996, and while they drafted some promising young talent under Tallon’s watch, they were never able to take the next step in their development.