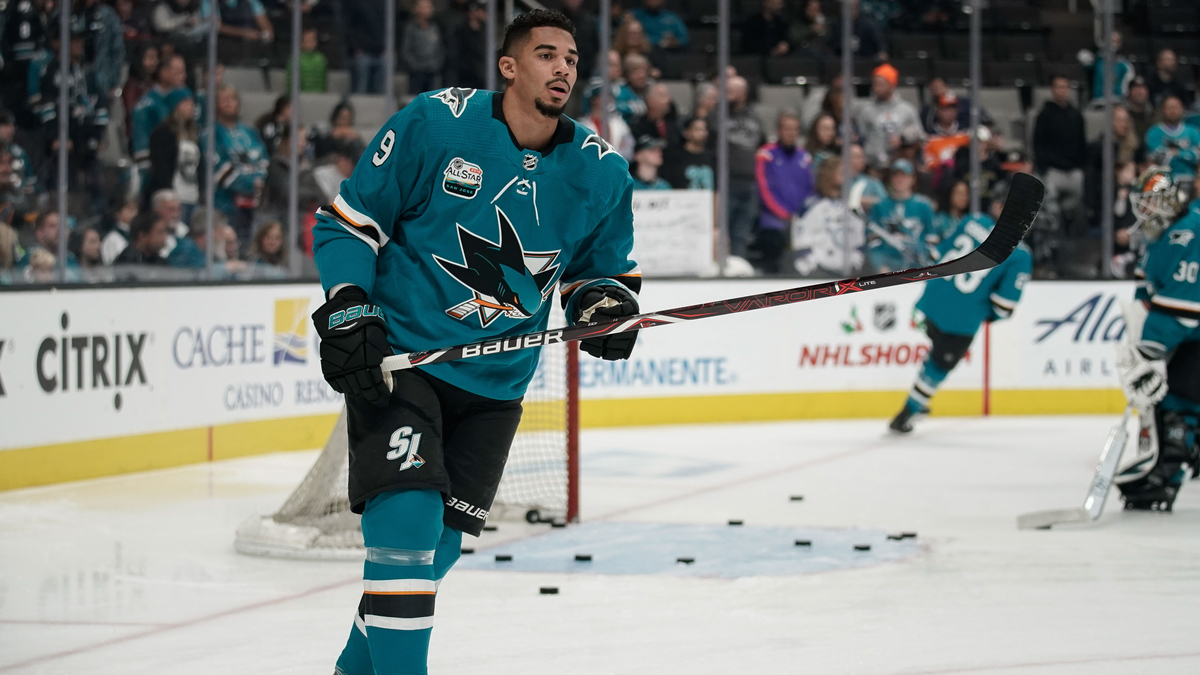 Just hours after learning that he will not be receiving any additional punishment, Evander Kane wasted no time in choosing his next team.

According to reports, the Edmonton Oilers are on the verge of signing controversial but talented forward Evander Kane to a one-year contract that includes a base salary of $750,000, a signing bonus of $625,000 and a no-movement clause. The deal carries a prorated cap hit of $2.1 million.

The 30-year old, who has been involved with a long list of off-ice issues that led to his contract with the San Jose Sharks being terminated earlier this month, has amassed 264 goals, 242 assists and 908 penalty minutes over a span of 769 games and 12 seasons split between the Atlanta Thrashers/Winnipeg Jets, Buffalo Sabres and Sharks.

Despite the controversy that is attached to his name, Kane’s new teammates are excited and ready to welcome him with open arms.

“Obviously Evander Kane is a good player. A big, strong power forward who is hard to play against,” said Oilers defenceman Duncan Keith.

“Any time you add a player like that, a good player, you’d be excited about that. We’d be happy to have him, as players. Excited to have him join the group and help us out.”