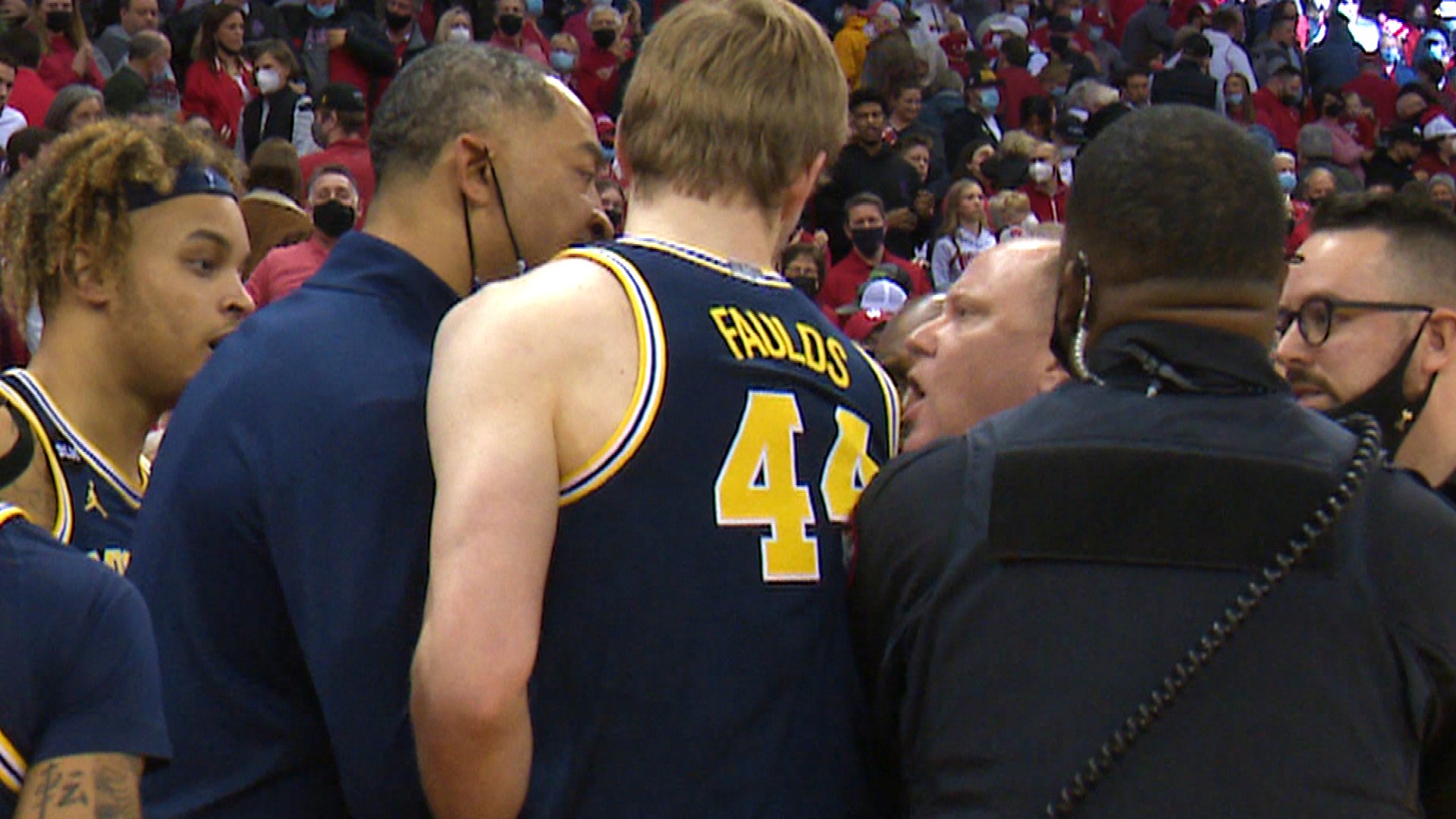 Big Ten Conference is coming down hard on Juwan Howard.

They announced on Tuesday that the Michigan Wolverines men’s basketball coach has been suspended for the five remaining regular season games and been fined $40,000 for hitting Wisconsin Badgers assistant coach Joe Krabbenhoft.

The incident took place as players and coaches were shaking hands following Michigan’s 77-63 loss to Wisconsin on Sunday.

“Our expectation is that the incident yesterday will provide our coaches and student-athletes with the opportunity to reflect, learn and move forward in a manner that demonstrates decorum and leadership on and off of the court.”

Badgers head coach Greg Gard was fined $10,000, but not suspended for his role on the altercation. Wolverines forwards Terrance Williams and Moussa Diabate, and Badgers guard Jahcobi Neath were each suspended one game after being caught on video throwing punches during the whole ordeal.

MUST SEE: Petr Mrazek shuts the door on Josh Anderson with amazing glove save!