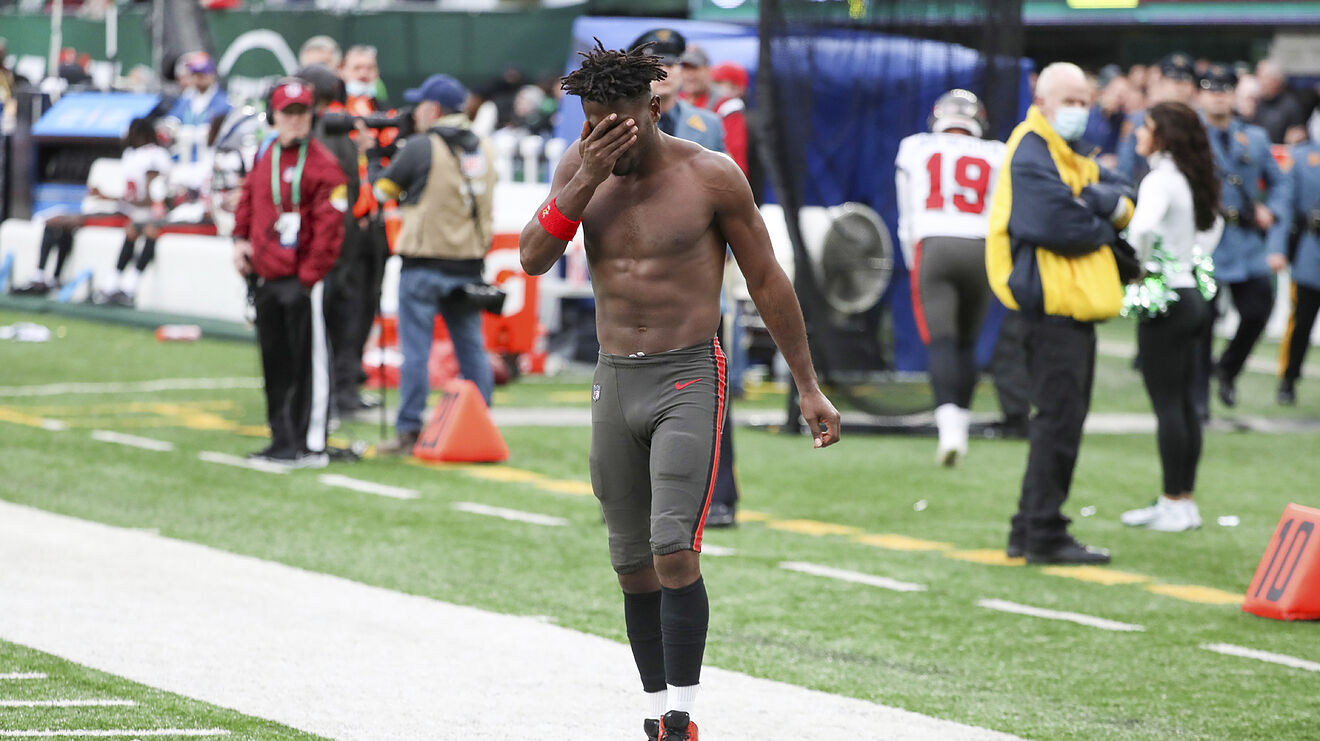 It turns out there is more than meets the eye regarding the outburst of Antonio Brown on Sunday afternoon.

In case you missed it, the now ex-Bucs receiver suddenly ripped his uniform and shoulder pads off on the sidelines midway through the third quarter of the team’s 28-24 win over the New York Jets, threw his shirt into the crowd and left the field and the arena.

A clearly angry Bruce Arians told the media that Brown is no longer a member of the team. So what led to such a bizarre incident?

According to NFL network insider Ian Rappaport, this is what transpired.

“Midway through the game yesterday, Bruce Arians and the offensive staff told Antonio Brown to go into the game. They believed he was healthy,” Rapoport said. “Antonio Brown did not believe he was healthy. He had been battling an ankle injury for the last several weeks. He did not practice Thursday, did not practice Friday, and I know personally had some doubts whether or not he would be able to be out there and play.

“What he told the staff, from what I understand, is he was not going into the game because in his mind he did not feel he was healthy. The response then from the offensive coaches and from Bruce Arians was if you are not going to go into the game when we tell you to go into the game then you cannot be here. At that point, they threw him off the sidelines and then cut him from the team.

Brown, who was participating in first game since Week 6 due to a suspension and injury issues, has yet to comment publicly on the incident.

Get through the holidays with your favourite Frank D’Angelo Christmas moments!